We can’t talk about the future of LED lighting without putting it into the context of its past. With a proven track record of environmental superiority and a vastly improved longer life span, you would appropriately be wondering why LED lighting isn’t the only bulb in the socket.

The problem has been a warranted one and it brings us to our first point in the future of LED lighting:

The main reason some have been slow to make the change from incandescent lighting to LEDs is because of the cost of the bulb. While technology has been advancing, the cost of production has been lagging behind.

Perhaps private investors were able to install these LED bulbs in their homes, but it was not always feasible for larger industries to make the changes. However, production costs have significantly lowered as have the end product.

With government incentives introduced across the globe, there was a big shift in 2014 towards the affordability of LED lighting over incandescent lights and metal halides. This trend is continuing and LED lighting is only becoming more affordable as well as more varied in terms of type of product and function.

LED lighting doesn’t have the same issues, which compact fluorescent light bulbs (CFLs) have in terms of manipulability. They are more prone to breakages, have dangerous mercury vapor and will flicker before they fizzle or even explode.

With LED lighting, residents are already seeing how both practical and enjoyable they can make their home life. Colored LED light bulbs with Wi-Fi control capabilities can be monitored with an app, but they can also be programmed with a home hub such as Google Home or Amazon Alexa. This means bespoke lighting arrangements for all members of the family as well as minimal wastage.

When it comes to bigger business, these integrations are taking a little longer due to the scale of operation, but this is where the future of LED lighting it looking particularly bright. LEDs can be programmed to match the time of day, changes in the weather and also provide different types of lighting for different practices, without having to change a single bulb. 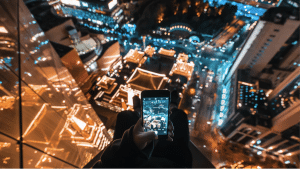 While LED lighting will be taking over more spaces in industrial and residential sectors, the public sector will not be overlooked. Infrastructures such as towns and cities can greatly benefit from the adaptability and cost efficiency of LED lighting.

One of the perhaps more hidden benefits is the affect it can have on crime rates. With criminal activity being carried out in the shadows, cheaper LED lighting can mean more light to the darkness. It can also mean sensors which turn lights on instantly to dissuade opportunists.

All the money saved doesn’t just come from longer lasting light bulbs. In the future of LED lighting, it will also mean saving money and natural resources as alternative energies can efficiently power LED lighting. Solar power is one where cities can harness the sun’s natural energy to provide illumination to their inhabitants. This provides more funds for city business and is one small step towards and safer and happier collective. This means the future of LED lighting is bright for everyone.

How Does Lighting Inefficiency Affect Your Business?
November 12, 2019
Go to Top