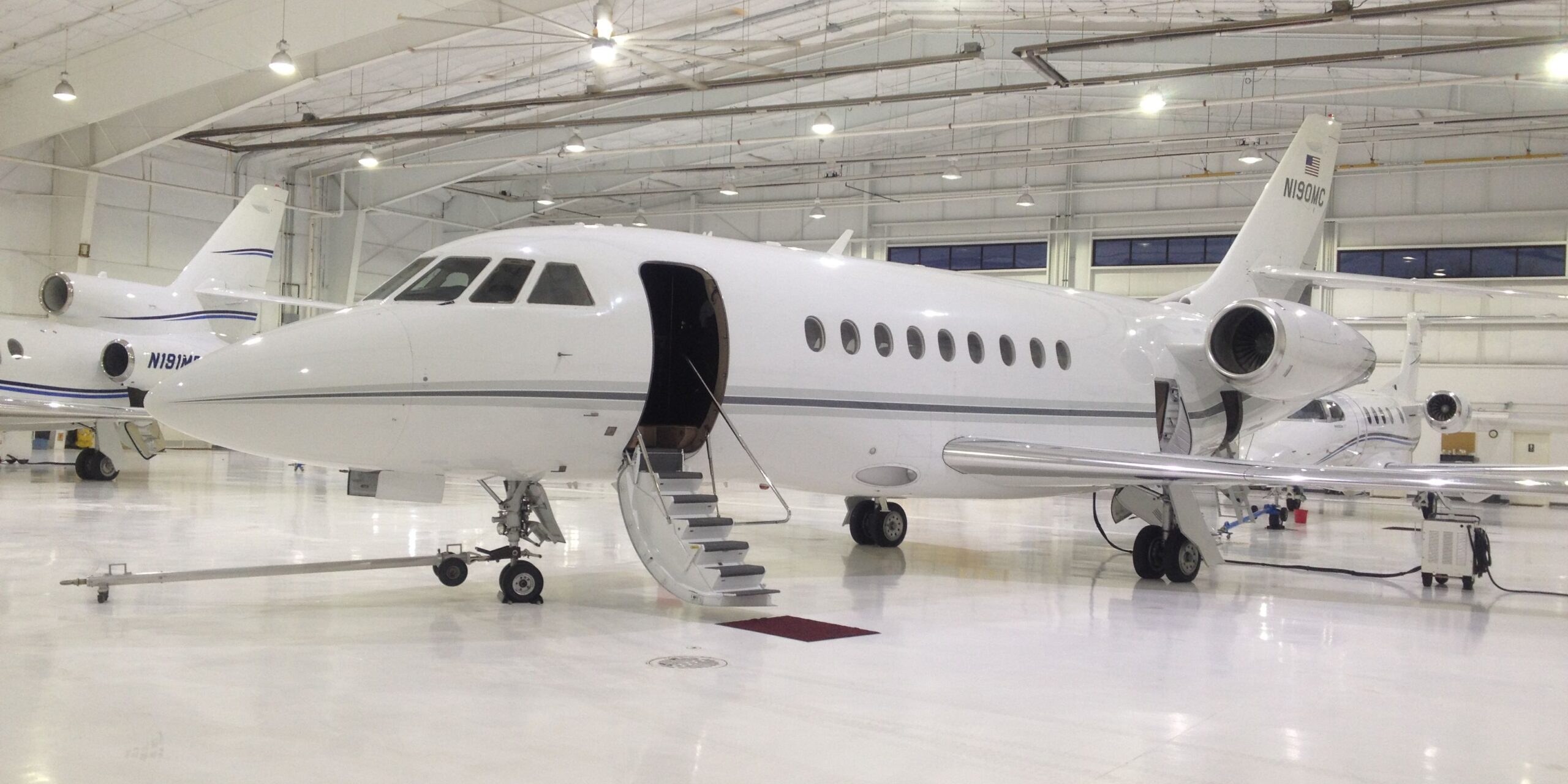 Whether you run a commercial aircraft hangar, have a small hangar for personal use or even work in a military run operation, lighting is imperative. Even small aircraft hangars will need high-bay lighting to meet all of its needs. These high-bay ceilings are needed to get access to every part of the aircraft, but filling this space can be problematic. Here’s why LED lighting is the best fit for this purpose.

What Are an Aircraft Hangar’s Lighting Needs?

Aircraft hangars are not only used to store aircraft. Whether commercial airliners, private jets or even helicopters, the hangar needs to have all the equipment needed to service and maintain the craft. It also needs to have enough space to access the various parts on any given piece of the vehicle. You also need space for a number of staff to work on the craft at a given time.

In larger hangars, there may be space needed for multiple aircraft as well as commercial offices and other spaces to operate flight control. All this goes to say that aircraft hangars have a lot of space to light, but this is not the only consideration.

Workers and engineers in an aircraft hangar need to work at high levels. If a worker in a warehouse misreads an address label, they can send a package to the wrong place. If an aircraft engineer makes a mistake, lives could be at risk.

What Problems are Faced by High-Bay Lights?

In high-bay spaces such as aircraft hangars, the problem is not simply that you have to light a large space. You also need to ensure the light is the right quality.

High intensity discharge lamps such as high pressure sodium bulbs are powerful lights, but they have issues when it comes to aircraft hangars. Firstly, their color rendition is not ideal. Particularly with high pressure sodium, the bulbs can make colors difficult to distinguish at height. This is very important when it comes to looking at wires and other colored parts on the aircraft.

Brightness is important, but it is not the only factor when it comes to lighting high-bay spaces.  The way the light reaches what is below is important. HIDs are bright, but they cannot control the direction of the light easily. By nature of an arc-light bulb, the light is emitted in 360°. Some light can be reflected off the fixture, but much is wasted. 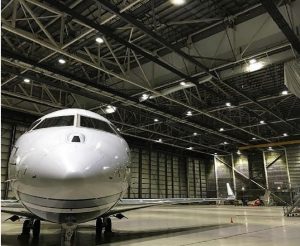 What is the Solution for High-Bay Aircraft Hangars?

LED lighting is much more controllable and versatile, especially in high-bay premises. It can be directed onto the ground (and the aircraft) in a controlled direction using lens angles, something HIDs cannot.

Thanks to a phosphor coating, LED high-bay lighting in aircraft hangars can provide brilliant bright white light which is much clearer and has supreme color rendering when compared to its rivals. It can also be programmed to provide different types of light from the same bulb. This can be adapted to different types of natural and ambient light. This is better for the workers not only for visibility, but for maintaining the human body’s natural circadian rhythm, even from great heights.

Not only is LED lighting better for high-bay spaces such as aircraft hangars in terms of quality, it is cheaper and more efficient. LED only converts a fraction of its electrical energy to heat, unlike HIDs which are notoriously inefficient. LED lighting for aircraft hangars is better quality and will provide an amazing ROI in a short space of time. This can be less than a year in small hangars, but you can contact us for an ROI assessment if you want to know how much money you can save with our LED lighting.